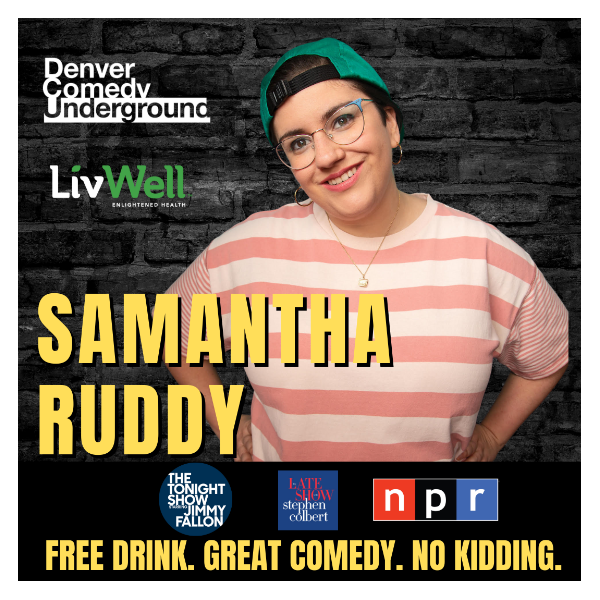 Denver Comedy Underground, Denver's best comedy club located under the Althea Center is one of the best things to do in Denver- we bring you the best comedy, stand up, and hilarious events every weekend!

Your first drink is FREE!

Samantha has performed standup on both The Tonight Show with Jimmy Fallon and The Late Show with Stephen Colbert. She's also been heard on NPR and appeared in videos for Comedy Central and Marvel. She has performed at comedy festivals like New York Comedy Festival, San Francisco Sketchfest, and Melbourne International Comedy Festival. Her debut comedy album, Logging Out, was named one of the best comedy albums of 2020 by NPR and is the reason Paste Magazine referred to her as a "joke machine."

Get to the show early for the best seats! There's a large parking lot on site so you won't have to fight the traffic!

Samantha Ruddy is a comedian who’s appeared on The Tonight Show with Jimmy Fallon, The Late Show with Stephen Colbert, and NPR. She’s a regular announcer at the NYC Pride March and was previously on staff at Full Frontal with Samantha Bee.